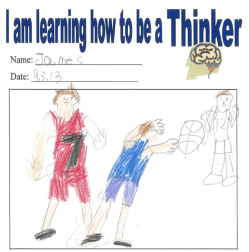 
They are thinking who to pass 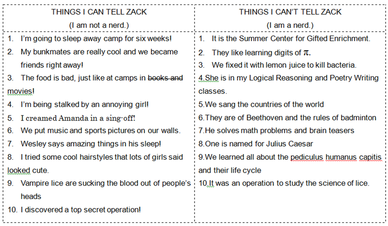 Leonardo
In the book I read called Nerd Camp there is a boy called Gabe who really wants a brother. He meets his step brother. He (Gabe) is really smart and likes to learn, but his stepbrother Zack says learning is not fun. One day Gabe goes to camp. 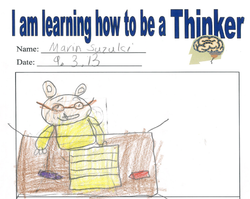 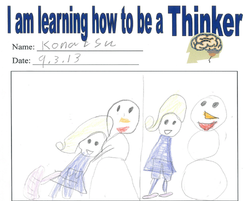 
Little Critter’s sister and mouse were building a snowman. They were thinking about the size of the snowballs. 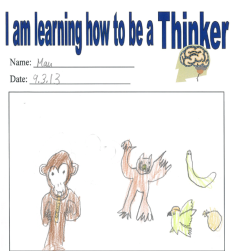 The Monkey showed that he is a thinker like this: The Monkey said your dance is so good you need a partner and the monster took the Monkeys friends out of the sack. 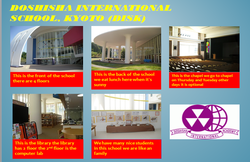 I was a thinker because I was thinking about the school when I was doing this project. In this project we made a poster about DISK and what is good about DISK. 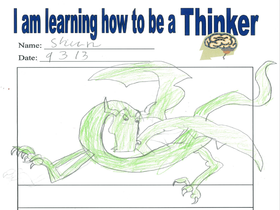 The Dragon was thinking that nobody is his friend so he scared the wicked worm and everybody became friends. 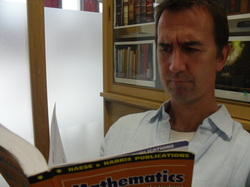 I am a Thinker

I am studying a Math textbook so I can help the G6 class learn more math.

Hi! I am Maika and I am in Grade. 5.
Now, I will be talking about Thinker.

Now, when don`t know the answer for 129934 - 1999 what do you use?
Yes you will use your brain. You can make your brain smarter by typing, writing and reading. 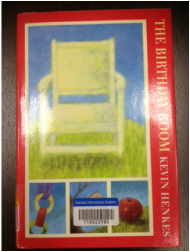 I read a book called The Birthday Room By Kevin Henkes. I found a sentence that matches with thinkers. It is "So big guy, do you diffrennt or changed?
Contact Doshisha International School, Kyoto (DISK)
Back to top